Case Study: Choosing a wrong CMS software for DOOH can be an expensive affair! 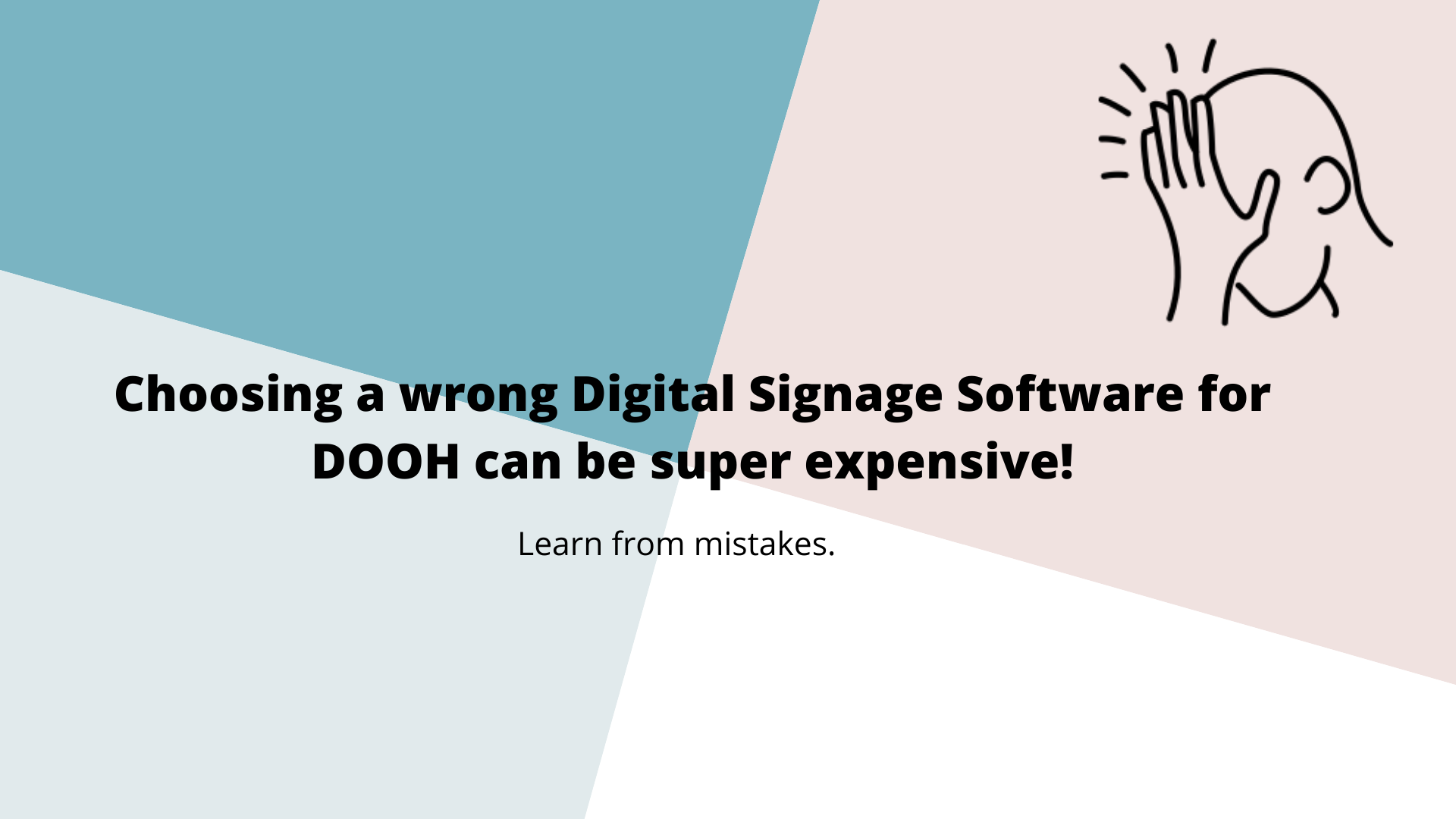 It’s good to read about successful Digital Signage implementations to keep up with the market pace and gain inspiration. At the same time, it’s even more important to learn about some mistakes in order to not repeat them. This case study is one such story. DOOH companies rely extensively on fully functional stable digital signage software. If they don’t get the software right, it’s going to be an operational nightmare. Hence, rigorous testing of the software before full-fledged implementation is a must. This blog will cover a DOOH company which made an incorrect choice on the software to save some costs but later bounced back and moved to Zeetaminds to maintain a stable network. Better late than never.

The pain of not having a rock solid software: The client was using a super cheap software to run their 130+ digital signage screens. Just after a week of implementation the displays started failing and an in-person attendance at the display locations became mandatory to get back the display running. This repeated in few displays everyday and the continuous running around to keep the displays functional became a complicated task. Along with the financial burden these issues were ruining the experience of ad agencies who have been running their promotion on the client’s network. All this while the support from the software vendor is limited. What can we expect if the software was given for almost free of cost.

Software Migration: Moving to a new software was considered by the client but was put on hold considering the effort needed to change the software all 130+ locations, the research and the testing that needs to take place to finalise on the ideal digital signage software. To avoid all this, the client started installing team viewer on all the displays to gain complete remote access of the displays and solve any issues without being at the location. This solved few issues but not completely. After a couple of months the client decided to try new software as they began to expand the network. Zeetaminds was one of the contenders in their evaluation. As the displays has teamviewer, Zeetaminds software was snstalled on the displays remotely. After a thorough testing of 1 month and a phase by phase installation, the client totally migrated to zeetaminds within 3 months from the date of initial testing. Since moving to Zeetaminds Digital Signage Software, the 130+ displays have been running perfectly last 6 months and the client is at peace.

Special Implementations by Zeetaminds: Supporting stretch displays with general layouts was not possible due to the peculiar hardware. We had to create the right layout to accommodate stretch displays. In some rare cases, the displays go to freeze mode and an auto-restart is initiated to keep the displays running.

Conclusion: Do your research well before selecting the digital Signage software as there are too many out there who claim to be the best of all. Especially if you have a big network of screens as the trouble you need to endure to move to a new software will be expensive. Read reviews, try for yourself, do a POC for a month, check the responsiveness of the support team and then decide if the software is the right fit for your business or not.